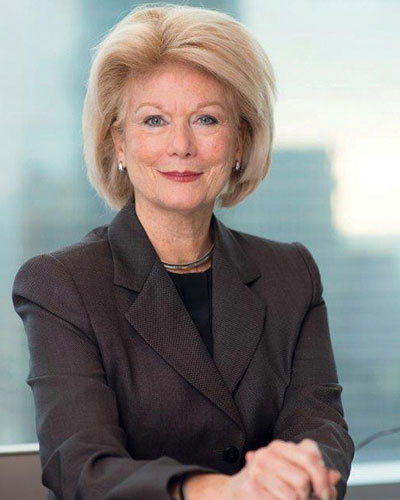 Letter from The Board Chair

It’s been a year of celebration as your National Arts Centre marked 50 years of excellence as a home for some of Canada’s most creative performing artists. For the Board of Trustees, it was a time of renewal through the appointment of five exceptional members.

Vice-Chair Éric Fournier of Montreal is a producer and senior manager in media, telecommunications and cultural industries. He has more than two decades of experience managing production and media companies, and expertise in new media across all platforms. Sanjay Shahani, who comes to us from Edmonton, is the Executive Director of the Edmonton Arts Council and has worked in the arts for more than 25 years. Our newest trustee is Angela Birdsell of Ottawa, a senior and trusted advisor to arts and heritage organizations, as well as governments, industry associations and funding agencies.

We are delighted to welcome Louise Sicuro of Montreal and Winnipeg’s Susan Glass back to the Board for a new term. Louise has devoted her career to arts and culture for more than 40 years, and Susan has worked on behalf of cultural institutions across this country throughout her entire life.

Farewells are never easy, and that’s especially true in the case of Kim Bozak and Don Walcot. Don has been an outstanding chair of the Audit Committee, and Kim brilliantly chaired the Communications and Marketing Committee. We thank them for their dedication, sound advice and generosity to the NAC.

2018–2019 has been an extraordinary year for the National Arts Centre in the Nation’s Capital. We offered outstanding programming by the NAC Orchestra, Dance, French Theatre, English Theatre and NAC Presents that captivated our audiences. Indigenous Theatre announced the details of its landmark first season. The beautiful public spaces offered
a wide variety of free performances and events that were open to all.

The NAC was also active from coast to coast to coast, fulfilling our national role as a catalyst for performance, creation and learning. Canadian singer-songwriters, classical musicians, and theatre and dance companies from across Canada performed on the NAC stages. The National Creation Fund invested in the development of ambitious new work by Canadian artists in music, theatre and dance. And our Music Alive Program brought high-quality student programming, led by outstanding local and visiting artists, to remote communities in Nunavut, Alberta, Saskatchewan, Manitoba and Atlantic Canada. With that kind of impact, both in the Nation’s Capital and across the country, Canadians can feel incredibly proud of their NAC.

We offer our sincere thanks to the Government of Canada for their ongoing support. My profound gratitude goes to the Board of Trustees and our advisors for volunteering their commitment, time and energy to help this wonderful Canadian organization continue to thrive. I am so truly grateful to NAC Foundation Board Chair Janice O’Born and the entire Foundation Board for their dedication to the performing arts in Canada.

Finally, I thank Christopher Deacon for his outstanding leadership, and congratulate him on a highly successful first year as President and CEO. As the NAC prepares to deliver its next Strategic Plan, I know that Christopher’s expert leadership will lay the foundation for an exciting future as the NAC enters its next half-century. 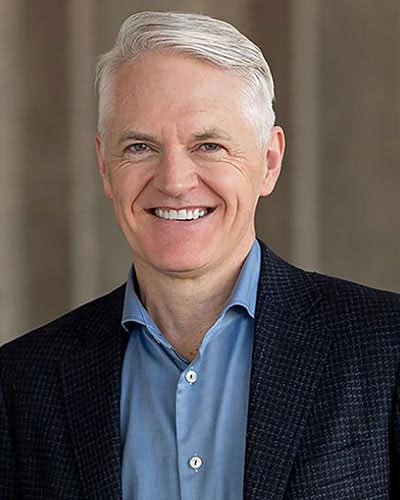 Letter from The President
and CEO

On June 2, 1969, the National Arts Centre’s stages came to life for the very first time. The opening performance was the avant-garde ballet Kraanerg by The National Ballet of Canada. The two-week opening festival included a new musical adaptation of Lysistrata by the iconic Quebec playwright Michel Tremblay, Party Day by Jack Winter, a controversial play about the relationship between arts and nationalism, and The Ecstasy of Rita Joe, a now seminal play about a young Indigenous woman, by George Ryga.

These were very bold choices for the NAC’s opening. They also sent two strong messages — that the NAC would be artistically adventurous, and that it would have Canada at its core.

Fifty years later, I am proud to say that the NAC has remained passionately committed to those ideals.

Just look at some of our major initiatives in 2019.

We welcomed The National Ballet of Canada back to the NAC. Their mixed program of works that included the trailblazing choreographer Justin Peck, performed by an exceptional company of dancers, reminded us of why we are so honoured to have partnered with this greatly admired Canadian performing arts organization for 50 years.

Our NAC Orchestra completed a triumphant European tour that included repertoire by six Canadian composers. Audiences and critics noted the exceptional artistry of our musicians, the inspired leadership of our Music Director Alexander Shelley, and our steadfast commitment to education. And they were impressed that we showcased Canadian artists and composers on the international stage, particularly through Life Reflected, a multimedia work that tells the stories of four extraordinary Canadians.

We’re also putting Canadian artists on the world stage through the National Creation Fund. This past year we have seen extremely positive results from the Fund’s investments in ambitious new Canadian works from across the country, like Revisor by Vancouver’s Kidd Pivot, Ghost Opera by Calgary’s The Old Trout Puppet Workshop, and Introduction à la violence by Marie Brassard of Montreal. These innovative works — and so many more in which we have invested — are receiving rave reviews, and touring nationally and internationally.

In the Nation’s Capital, we hosted an Open House on June 2, 2019 — 50 years to the day that we first opened our doors. Thousands of Canadians toured the backstage, took part in workshops, and enjoyed performances by Canadian artists. And throughout the year, it’s been a pleasure to see the public interacting with the rejuvenated NAC on a daily basis, whether that means sipping coffee while studying for exams in the Gail and David O’Brien Atrium, or taking part in the hundreds of free events we now host throughout the year. We are delighted that the NAC is truly becoming a community hub.

While anniversaries celebrate our past, we also look to the future. In September 2019, we will launch NAC Indigenous Theatre, the first of its kind in the world. Led by Artistic Director Kevin Loring and Managing Director Lori Marchand, Indigenous Theatre’s opening festival will see Indigenous artists on all of our stages. It will be the climax of our 50th anniversary year.

Fifty years on, the NAC is a thriving, national performing arts organization that is engaging Canadians, and propelling the arts in Canada and beyond. I hope you enjoy this special 50th anniversary annual report.